Most kids these days love computers, phones and generally anything electronic so I was amused to see that my nephew had been working on creating a ball made of rubber bands. He told me he’d been working on it for hours and it seemed like he felt a sense of accomplishment to make something with his hands and see it grow and grow. It won’t break any records for it size but it’s nice to see that he enjoyed a more physically creative and colourful activity.

One of my favourite authors as a child, like many others’, was Roald Dahl. He was a great story teller with a wild imagination and told of gory and funny tales which really won him over with young people. One of his best known stories The BFG was released as a film in cinemas recently, and to coincide with this and his 100th birthday, London celebrated by placing 50 dream jars containing various celebrity dreams on trails to be discovered and enjoyed. The jars will then be auctioned off and the money raised given to charity. In the past London has scattered bears, elephants, eggs, buses and more in a similar fashion.

As this was something that was close to heart and home my sister and I decided to go looking for some. We started at Marble Arch and ended up at Embankment, we walked for about 6 hours and discovered so many other parts of London that we just don’t get round to seeing.

My favourite was the one by Steven Spielberg, because who doesn’t love a tall tower of endless ice cream, cakes and sweets! Other ones that I really liked was Sophie Dahl’s dream by the sea and Dame Helen Mirren’s giant oak tree.

Here are the rest that we found (click on image to see full picture). 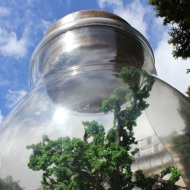 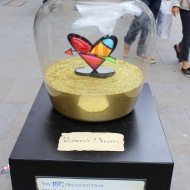 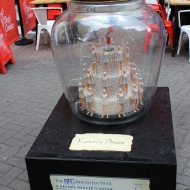 I would have loved to have been able to find more (such as Quentin Blake’s or Steven Hawking’s) but we ran out of time and energy. We really enjoyed the day out and the creative dream jars, taking us along paths that we would never usually follow. I hope they raise lots of money for charity and I can’t wait to see what the next objects scattered across London will be.

These pretty pendant flowers are called Fushia but have also been known to be called Ladies eardrops. They remind me of my childhood, of when I would squeeze the pod open between my fingers before nature could, and loving the little ‘pop’ sound they made (I don’t do it anymore though!). We still have some in our garden today and I love the bright colour and memories they bring throughout the year.
I’d love to hear what flowers make you smile or have a special place in your memory 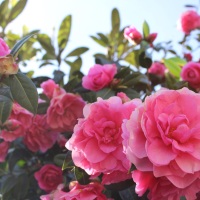