Afternoon tea is quintessentially British, and it seems to be a big craze at the moment in London. I’m not particularly keen on it (how in-British of me, I know) as I don’t particularly drink hot drinks and I prefer a big tasty lunch to sandwiches and cake, but when I was came across afternoon tea on the River Thames with a guide that would inform me of Muslim history in London, I thought it would be quite fun. As a cruise linked to Eid I decided to buy myself and my mum a ticket hoping she’d enjoy it too. My sisters, my sister in law and her mum also joined us.

The meeting point was at Tower of London and after we were all checked in we were able to get on the boat. Once we were in our seats we had tea to start with and then the some delicious looking food. 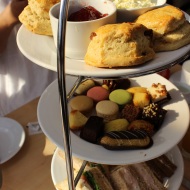 As we enjoyed our food and the view, the guide started telling us about some of the connections of Muslims to the city of London, which was quite interesting. When we reached Westminster Bridge the boat turned around to go back towards the port. By this point I’d had enough to eat so I grabbed my camera and went above deck. The sun was out and with the cool breeze it felt so refreshing. We passed some iconic landmarks that sit on the banks of the River Thames. 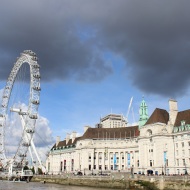 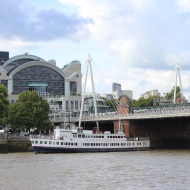 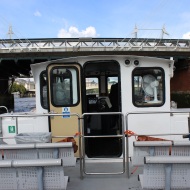 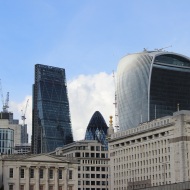 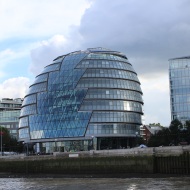 After spending some time above deck taking in the sights and some photos we headed back downstairs. The organisers held a competition that my sisters and I (and it seems no one else) entered so we won a big box of chocolates, as the odds were definitely in our favour!
As we docked back into the port we gathered our things and headed for the exit. It was a lovely afternoon that we all really enjoyed, and I thought it was a real treat to actually go on a boat down the River Thames instead of just watching the waves from the shore. 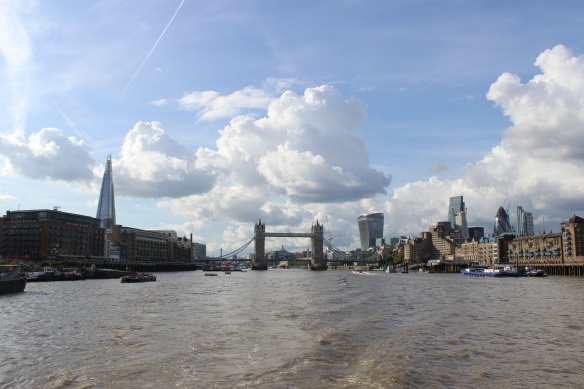 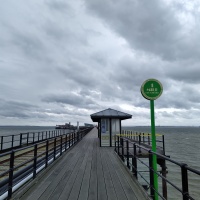 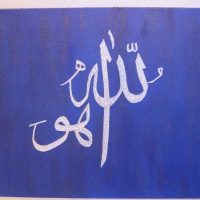 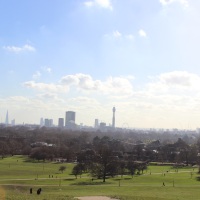