After having spent the morning at a market and a museum we decided to spend the rest of the day at Loch Lomond, which is a well known beauty spot in Scotland. One little village which sits on the loch is Luss so we started there.

It was a grey, overcast day but we decided to make the most of it. Due to the mishaps of the morning we arrived a at Luss in the late afternoon so we decided to go into the shops first as they would close soon. They had a strange but interesting fairy house and a giant toadstool nearby.

As we arrived so late we missed the chance to take a ride on a speed boat.

We instead decided to take out a pedal boat which were still available to hire. It was harder than it looked but the slower pace allowed us to take in the scenery around us. The lake was huge and the distant hills seemed to go on for miles.

After the boat trip we decided to go to some other notable points around the lake. One tucked away spot was where there was a waterfall. We took a beaten down path through the woodland and followed the sound of roaring water. 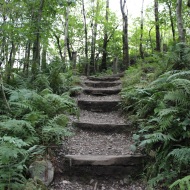 The waterfall looked amazing, but I didn’t get a chance to try any fancy photography tricks as the air was filled with tiny little midges which were flying into our faces! There was also an iron tunnel nearby which led to a closer view of the waterfall. 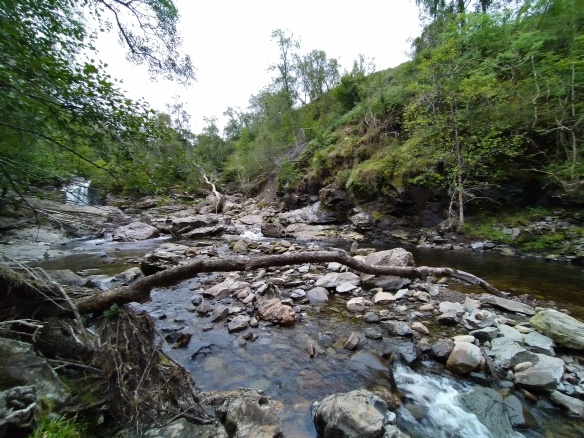 Having spent a while exploring the area and getting tired of waving our hands around our faces we moved onto the next, hopefully midge free spot. Driving further around the loch we found a walkway that stretched out over the water which was very peaceful.

This last stop we made was to a viewing tower over looking the loch. There were also benches to sit on and lots of wildflowers around to admire. 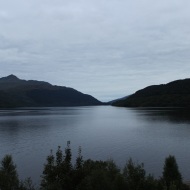 Climbing to the top it was now dusk. If the weather had been clear we would have a seen a beautiful sunset over the lake. I was a bit disappointed but not too much as the view was still pretty amazing.

After spending some time at the top and taking in the view and the quiet we decided to start the long journey back to the hotel, along dark, winding, narrow roads to get some rest and some food. Although the day didn’t quite go as planned we still enjoyed it and managed to explore some of what Scotland has to offer.

The fourth day into our trip we decided to spend seeing parts of what Scotland was well known for. We had a good plan for the day but as the day went on we ended up doing all sorts of other things instead.

We were up early to go to some local markets. We made our way to one nearby only to find that it was closed. We then had to circle round to another one we found further away. This market wasn’t great but it was good to look around and see what was on offer. I ended up buying a blue stone necklace for my little niece as it was her birthday. It caught her eye and I couldn’t say no.

After spending half an hour or so at the market we were still on schedule, so the next stop was going to the Kelingrove Art Gallery and Museum.

Walking up to the entrance we were told that due to the pandemic we had to pre-book and that they had no slots for walk ins! Helpfully though the staff told us that there was another museum nearby that we could go to that did have free slots. We booked our places online and made our way to the Royal College of Surgeons where the Hunterian Museum is based. It was a steep walk up but the building and the view from the top was stunning. 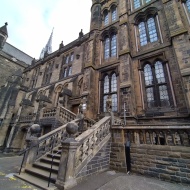 We also found this iconic view, I love the symmetry and elegance of the arches.

We located the entrance to the Hunterian Museum and made our way up the beautiful yellow staircase. 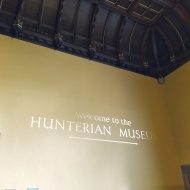 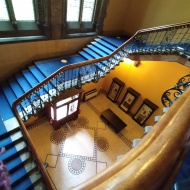 The museum itself was lovely, high ceilings and lots of light. I also really liked the exposed wood beams in the ceiling. Inside there was an array of beautiful and strange objects. I only took photos of artefacts that were attractive or interesting to me but there were lots of jars with eyeballs, and other odd animal parts in that I didn’t take to too well. 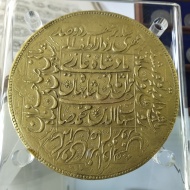 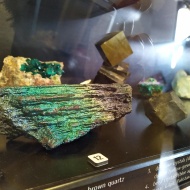 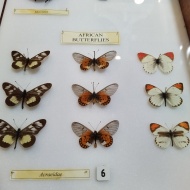 After walking around the museum we headed back to the car to drive into town to find something to eat. There was some cool street art around although I wasn’t able to have a proper look around for them. 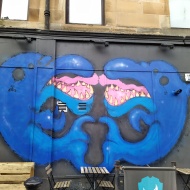 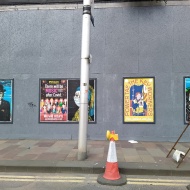 As we had to find food that was suitable for a halal diet we found restaurants were closed either permanently or due to the pandemic, so it took a lot longer than expected. After finding our patience frayed we finally found a restaurant and then headed back to the hotel to freshen up.

I went to Scotland in the Summer with my sister and her family and having spent a day in the Peak district, the next day we continued driving north to our destination, Scotland.

On the drive up we could see the landscape change. The view became more hilly and the greens became deeper and more lush. With the grey clouds chasing us the view became quite dramatic but so beautiful.

Once we arrived at the hotel we checked in, found somewhere to have dinner and then had an early night.

The next day we spent at a theme park so the kids could have some fun (and me of course). We walked through the nearby country park to the rides on what was a bright, beautiful day. Quite a change from the day before. 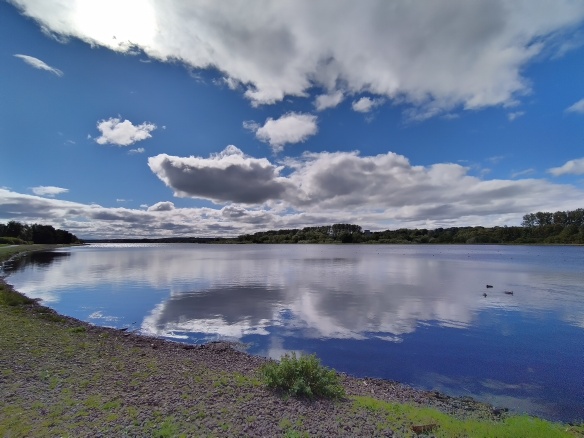 We spent some time on the rides, and then we visited the small indoor rainforest which was also on site. Here they had some quite impressive species, and we spent time marvelling at the different and some quite deadly animals we could see. 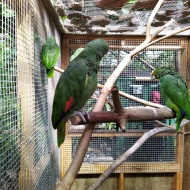 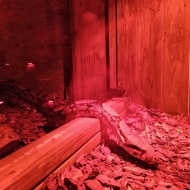 We spent the afternoon at a park as the sun was out with some friends of my sister and her family who then invited us back to theirs for dinner, which was a nice end to the day.