My cousin is getting married later this month so to start the celebrations my sisters and I decided to throw her a bridal shower. The theme was pinks and florals and we spent weeks buying and organising all the decorations, food and entertainment for the day.

We had a sweet table in the colour scheme and my youngest sister and I strung up colourful balloons to complete the look.

We had pink and pastel sweets and drinks, and arranged lanterns, frames and other decorations to complete the look. My younger sister made the wonderful pink ombre chocolate cake and we had the sweet favour boxes personalised to give out to guests later in the day. 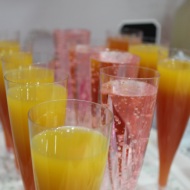 My sisters and I also made several gift baskets, adding pink ribbons, to give to the bride. 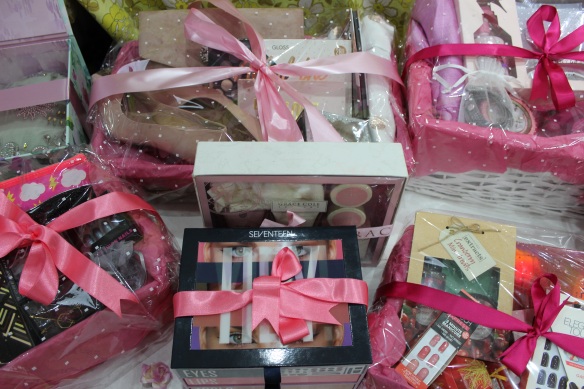 We decorated the garden as a way to make the most of the nice weather and the extra space. We strung lacey and pink bunting and balloons to match those above the sweet table. We also put a floral backdrop against the shed for people to take photos in front of. 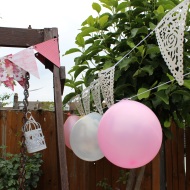 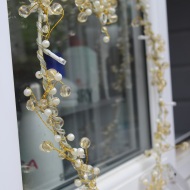 After a late lunch we played games, there was bridal bingo and pass the bouquet among a couple of others that were quite fun and got everyone excited and up on their feet. People also had the chance to take selfies using the selfie frame my oldest sister made.

I’ve had a couple of busy weeks so far this year attending various events. One such event was Lumiere London which was back for a second year showcasing various light installations across London for 4 days. I went a couple of years ago to the first event that was held in London and when I heard it was back I couldn’t wait to see what was on show this time.

I met up with my sister just as it got dark in the early evening at Bond street and found our first piece, which was a see saw that lit up when you rode it. This was actually in London last year and I sadly missed out having a go, so was happy to be able to have a go this time, being the big kid I can be. After the see saws we looked for other light installations in the area and found a neon bike, coloured tube lights covering the front of a building and one of my favourites, coloured umbrellas that people were dancing around with. There were several other pieces too that played music when you struck them or as they came on or off that were interesting too. 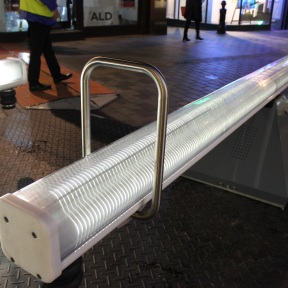 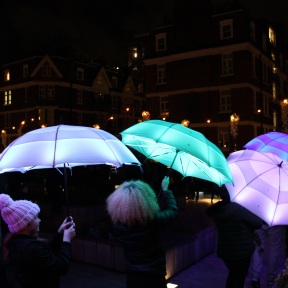 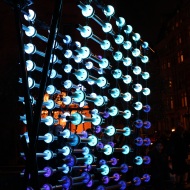 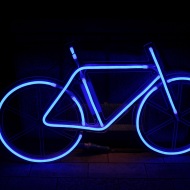 The next area we went to was Oxford Street up to Piccadilly Circus. There were light shows projected on the buildings that changed with music, which was relaxing to watch and was good for larger groups of people. In this area there were also other pieces, one that I thought that was really fun and sweet was Supercube. It was made up of lots and lots of tiny jars and in the jars were images of tiny women dancing or people making faces coinciding with music. I thought it was really innovative and another of my favourite installations. 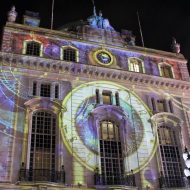 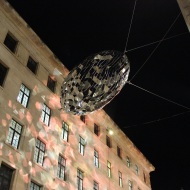 We then went to Leicester Square which was filled with lots of huge animal shaped paper lanterns that I thought where great. Nearby in Chinatown there were more animals, here there were cheeky flamingos flying around, weaving in and out of people which I thought was brilliant. 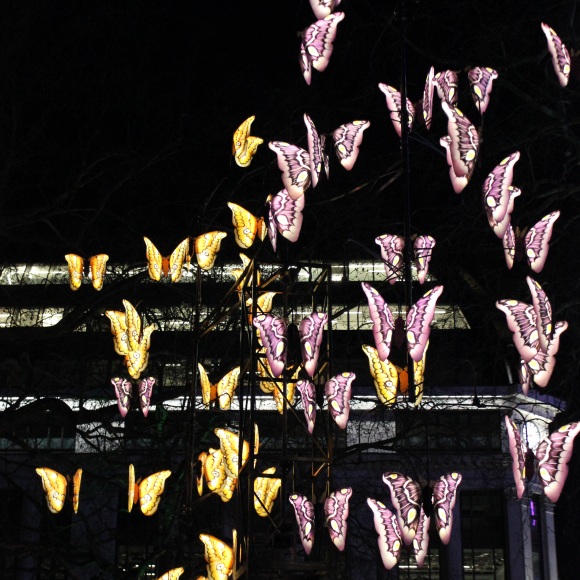 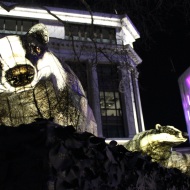 The final area that we explored was Kings Cross. We first came across huge desk lamps in a row with seating beneath them which made for a great photo backdrops. Further on we entered an area filled with mist and light beams shooting across it. The effect was quite cool and like something out of the Twilight zone. 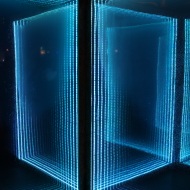 After looking around at the other light pieces on show we headed home, after some 4 hours of walking around London looking at innovative, fun light art, I can honestly say we were exhausted, but it was an engaging evening and I hope they do one again next Winter. 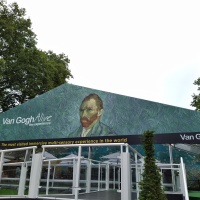 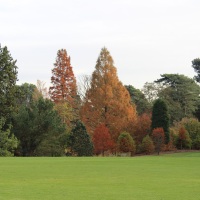