I’ve been a fan of Trey Ratcliff‘s work for a few years now, and for those of you not familiar with him, Trey is one of one the leading photographers in HDR photography and has a portfolio on his Stuck in Customs blog which contains some amazing images from around the world. His photographs are definitely an inspiration to me and I’m sure to many people out there.

When I heard that Trey was back in London and planning a photowalk (on Valentines Day) I was really excited and couldn’t think of a better way to spend the day. So, yesterday me and about a hundred other photographers converged outside the National Gallery to meet him and follow him around London, hoping to pick up tips from Trey and each other.

It was a typical British, February day, with grey clouds and low temperatures, with the ever present threat of rain, but everyone was in a great mood so it didn’t dampen any spirits.

The route was planned to take us from South Bank to Westminster and Parliament, around Whitehall then back across the Thames to the London Eye.
The theme and competition for the photowalk was to take an interesting picture of fellow photographers!

As we snaked around London (attracting quite a lot of attention and causing many people to stop and ask what was going on), Trey stopped at various points to show and explain his set ups, frames and what he was looking to convey with each image. One of the nicest things about the walk was just how friendly and warm Trey was, welcoming anyone to come and talk to him and ask him any questions.

Below are some of the photos I managed to take throughout the walk and although I doubt I’ll be winning any prizes, it was really great to meet Trey and I had a really fun experience. I can only hope to improve over time and capture great images like Trey one day.

Here are some fellow photographers 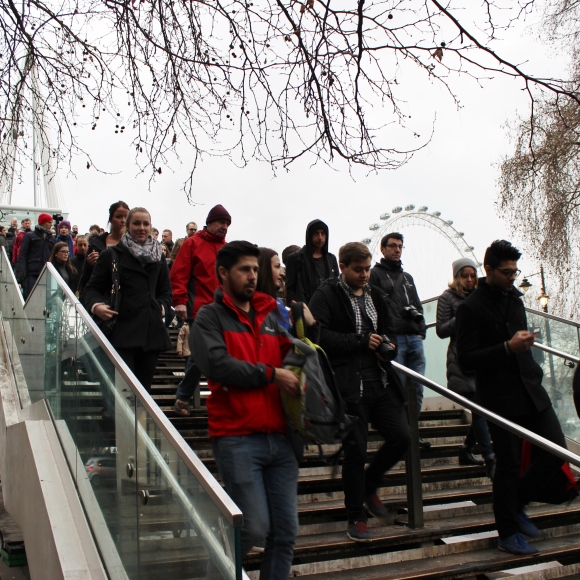 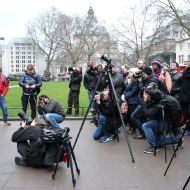 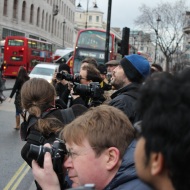 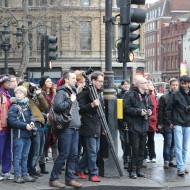 And these are some of my favourite photos from the walk, from late afternoon to early evening, giving us a change in how much natural light was available, and with the cloudy weather we had some amazing skies as a backdrop as the night drew in.

I look forward to seeing Trey’s post of the walk and of the fellow photographers, aka ‘Team Awesome’ (Trey’s name for the group not mine) 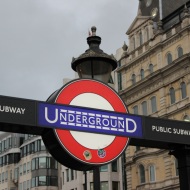 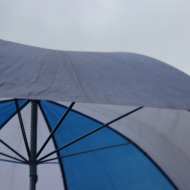 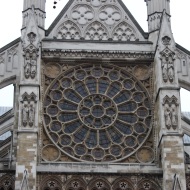 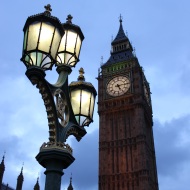