I was lucky enough to get tickets to the London Olympic Anniversary Games again this year, it was a fun day out and it gave a us a chance to see the Olympic park and some great athletes. 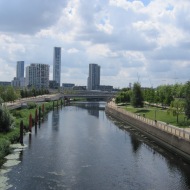 I was able to see high jumpers, long jumpers, discus throwers and runners such as Mo Farah who really was the star of the day with the crowd going wild as he won his race. 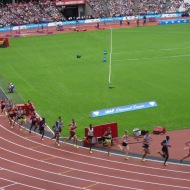 The atmosphere was family friendly and relaxing and I would definitely go again.