I recently went to a racing event at the Olympic Stadium in London called Race of Champions which brings together some of the best drivers in the world and pits them against each other to see who is the fastest. I’d never heard of this event before but it seemed to be well known among sports fans and as I managed to get my hands on some free tickets I thought it seemed like an interesting evening. 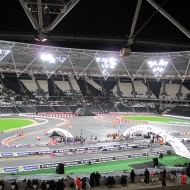 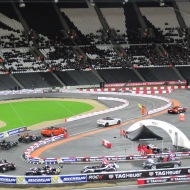 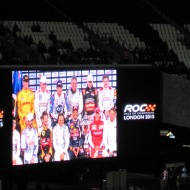 There were top F1 drivers present as well as Olympians and celebrities and it was fun to see them compete against each other as well as stunts being performed in super fast cars and motorcycles. In the stadium it was really cold but I managed to stay to the end and take a few snaps. I was hoping to take better pictures but I was a bit too far away, so just focused on enjoying the evening.