I recently came across this big pile of oyster shells that had been caught/fished in the south east of England. I’ve never tried or seen oysters before and I was surprised to find that they could be found in local English waters, and in abundance. 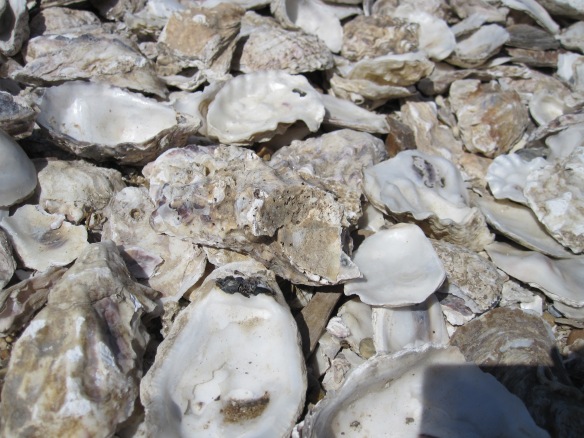 I like how the shells on the outside look rough and dirty and to the untrained eye could look like rocks (or maybe just to me then). But the insides look all smooth, shiny with a pearly tint to them, which makes me think of treasures being hidden within that have to be pried out

These ones that look even rockier are ones that were being sold to customers alongside the harbours. They have been freshly caught and were being opened to serve to customers alongside other seafoods. I tried to take a picture of an oyster with the edible flesh still inside, but wasn’t quick enough. I was pleased to see them and it was definitely a highlight to the day