I’ve really wanted to go to the coast this Summer; I find that being by the sea relaxes and refreshes me and as we had a few hot days ahead I thought I’d take my chance. I decided on going to Ramsgate in Kent as it had a sandy beach instead of pebbly and I was curious as to what else was in the area as I’d never been before. On the day it turned out to be the hottest day of the year which made for an amazing, bright view.

On arrival I came across yachts and other boats in the harbour, sitting in the sparkling blue sea. 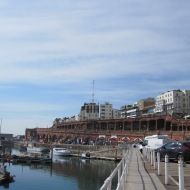 Nearby was the Maritime Museum, which housed lots of artifacts from the area as well as objects from World War Two. I wanted to go down into the well known Ramsgate war tunnels but unfortunately they were closed for the day. 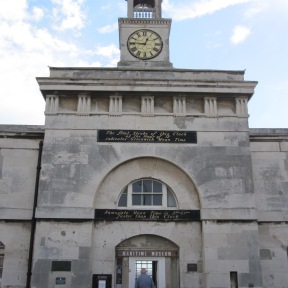 I had some lunch (chips, and an ice slushi obviously) then headed to the beach. The view really was beautiful and calming, and blues like the sea, endless. 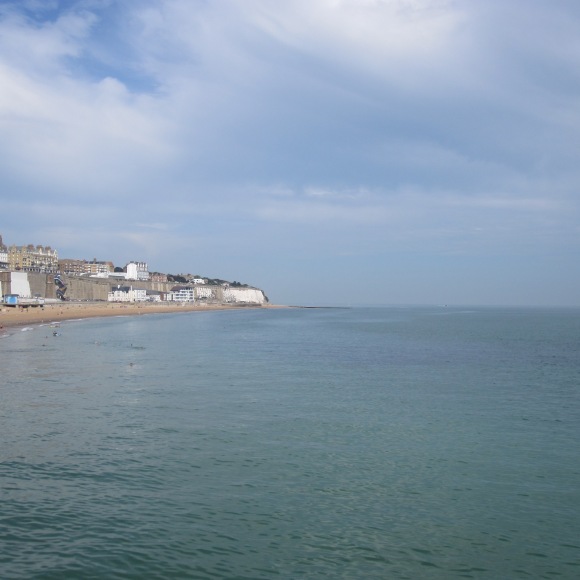 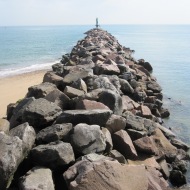 After paddling in the cold water and watching the waves for a while I brushed off the sand and headed back to the train station. On route I came across some colourful artwork. 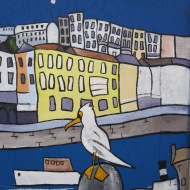 I also passed a computer games museum which was closed, but walked around the courtyard of a church and a park which had these creative wood statues.

It was a really hot, sunny and relaxing day out and although there wasn’t loads to do, it was enough for a day trip. And the coast as always was soothing for my heart and soul as well as my eyes. It gave me time to think and to just switch off, and on the train home I visualised the beautiful sky and sea, hoping it isn’t too long before I see such a view again. 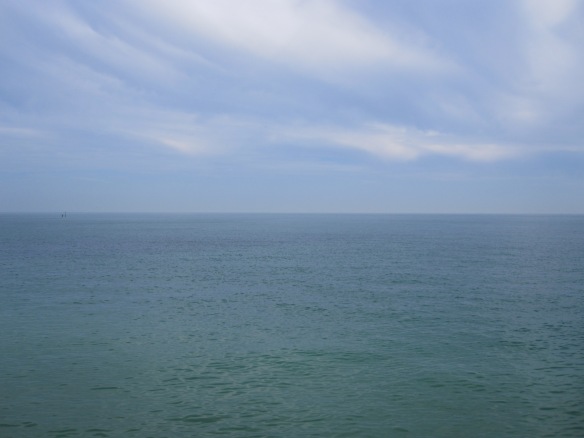